Because sometimes it takes a lot of words to tell a good tale.

Return to Yeah, I Wrote That top page or,
return to About page.

For the love of Daniel Webster, E. B. White, and Peter Mark Roget almighty, don’t make me beg for a review.

Nice, warm, and gooey cookies come with this story.

Sixty-year-old Rick Blaine’s world has spiraled down ever since his wife took ill and then died. Blaming Rick, his son disowned him. Her family came after Rick as though he was a parasite. The economy rendered Rick expendable. What was once a promising life from humble beginnings had left him with a mountain of debt and few prospects until Southern Groceries hired him. But it was still a margin life, and not one that left him with much to live for until someone unexpected entered his life and gave him a glimmer of hope. 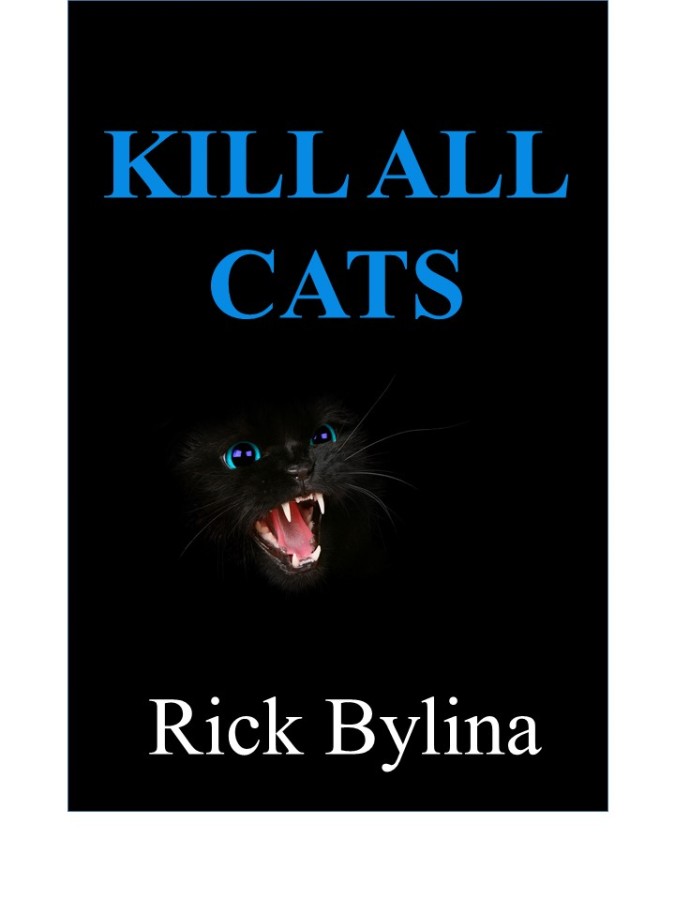 Don’t judge a book by its cover.

Ron Black is a 35-year-old night security guard living a moribund existence. Past deeds need to stay buried for him to remain a free man. When the cat lady next-door dies along with her thirty-eight cats, Ron feels the investigative heat from Detectives Moore and Porter. His alibi: “I was at work.”

The police disrupt Ron’s life, which he shares with Brisbane, his cockatiel. He squawks surprisingly relevant quotes learned from watching crime show reruns 24/7—some of which don’t help Ron’s situation. Ron picks up clues about what happened next-door from conflicting comments by his odd neighbors: “She was popped.” “Poisoned.” “Chopped up.” The neighbors include Ron’s estranged great-uncle Kirk, a disgruntled scientist, who had worked at the pharmaceutical company where Ron is the night guard.

When Ron’s only friend, Jean, disappears, the police double-down on him as a suspect for this crime, too. The next day, the police infer his arrest in twenty-four hours for the crime at his neighbor’s house. Despite the pressure to save himself, he is compelled to find his friend.

Sprinkle a bit of an Agatha Christie closed-room mystery with the situational humor of Evanovich for a high-level concept as Ron tries to “…control what he can control.” And just when you think it’s all over, another layer of horror reveals itself, and Ron didn’t even see it coming.

“All of our Secrets“

“Bylina takes you on an emotional journey” – H. Michael

“…a great suspense/murder mystery, with twists and turns at every corner.” – L. Alumbaugh

“All of our Secrets” is not a Detective Stark mystery, but he makes a guest appearance, published October 29, 2012. This novel is much, much more than a mystery.

Bruce Neumanski’s life crumbles when he wakes one morning to find his wife, Heather, dead. Immediately, Detective Mort Meeker accuses him of murder. The coroner and district attorney agree. Bruce must fight the legal system, hell-bent on convicting him, as he seeks the truth about her death.

While Bruce struggles through shock, denial, anger, and acceptance, he must sort through conflicting advice from an overly comforting counselor, support a neighborhood girl who viewed Heather as a role model, and cope with an estranged sister who re-enters his life with a shocking family revelation. And though removed from the investigation, Meeker pursues Bruce with a fervor bordering on criminal. As Bruce uncovers Heather’s secrets, he wonders if Meeker has a hidden agenda.

Bruce navigates his journey of self-discovery while hoping his determined efforts save him from prison or worse. Can anything prepare him for the truth about Heather’s death and the young girl’s soulful observation about his true nature?

Set in Big Woods, North Carolina, a New Jersey man’s true-life story was the inspiration for All Of Our Secrets and Bruce’s quest to prove his innocence.

“A Matter of Faith“

“The story held me well into the night while on vacation.” – V. Mann

“An intriguing mystery which, for me, contained the added benefit of some insight into a different culture.” – B.L. Jensen

“A Matter of Faith” is a Detective Stark mystery published August 28, 2011. If you haven’t read it, it’s still new to you.

After the sudden death of her father, Faith Moreno has to cope with newly revealed family secrets, navigate church politics and prejudices to keep her job as the music director for St. Mary’s Roman Catholic Church, and overcome religious dogma to pursue the man she loves — the broodingly handsome Father Pat, someone she has had a crush on since high school. Is his kindness and attention to her Christian compassion or does he have an agenda of his own?

When someone vandalizes the Moreno house, Detective Roger Stark is called to investigate. It starts him to wonder if something bigger and more sinister is going on. With his partner on his honeymoon, Stark weaves his way through scant and conflicting clues, a chorus of suspects, and whether or not God has already pre-determined the outcome. Does Faith Moreno’s romantic pursuit of a Father Pat help Stark bring a murderer to justice or just mark her as another victim?

The meaning of the shocking outcome is all up to a matter of faith: Faith’s, Stark’s, and yours.

“One Promise Too Many“

“…reads more like something written by a seasoned, best-selling novelist than the work of someone new to the mystery genre.” – B. L. Jensen

“One Promise Too Many” is a Detective Stark mystery published August 8, 2011. Like the yellow brick road, best to start here at the beginning.

Roger Stark, Marshfield’s newest detective, is paired with ex-NYPD detective, Ed Jones, “…fresh from a boring retirement…,” to investigate the abduction of a volatile CEO’s five-year-old daughter. Despite past entanglements with the CEO, Stark promises him that he’ll find his little girl by the 42-hour deadline imposed by the kidnapper. However, Stark doesn’t count on an elusive schizophrenic suspect or that the kidnapping is a ruse to divert attention from another far-reaching crime by a vengeful person playing by a different set of rules.

Told from Stark’s and the schizophrenic’s point-of-view, the story explores the collision of styles between Stark and Jones as the stress of the investigation intensifies. It shows the struggles of the schizophrenic as his hold on reality slips away while trying to solve the kidnapping the police suspect him of having committed, and his uncertainty about whether or not he could have done it. “One Promise Too Many” also demonstrates the depths to which someone will go to extract revenge on people once loved, regardless of who gets hurt.

“One Promise Too Many” combines strong elements of a police procedural with the soul of a literary classic that should keep readers turning pages fast enough to create a breeze.